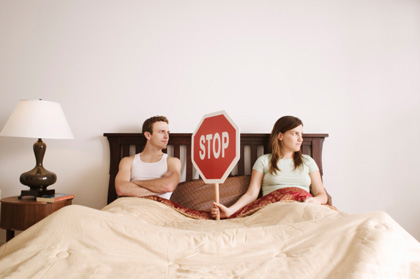 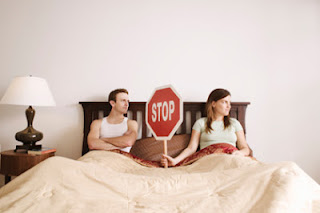 I gave my virginity away at the age of 15 and I can honestly say it was the worse decision I have made in my entire life. It was the summer before my sophomore year in high school and my mom was in the hospital for domestic violence.

Witnessing that episode, you can already imagine that I was going through something much deeper than what my mind could comprehend. My mom was going through and my dad was the cause of it, so what did I do?? Turn to a boy, subconsciously looking for a man’s love and affection that I never had.

I didn’t know I was opening the door for the devil to come right in. I didn’t know how valuable I was and that my body was a temple, Gods resting place. I surely was not thinking that my virginity was sacred and it was only meant for my husband on my wedding night, Gods master plan!!

Do you know once you show the devil what you like, he will use it as his best weapon against you?! I was giving away the cookies, my precious body and soul to this guy, trying to find love, but all I found was lust and hurt, and the cycle continued.

Ladies can you honestly say that you felt whole, secure and at ease giving yourself away? Did you think that he loved you so much and you knew you two were going to be together only to realize that was far from the truth? Sex is spiritual and emotional, the last thing it is is physical. Have you ever been cool with a guy, dated a guy, but once y’all had sex everything changed? Once I let a guy touch me, I felt an emotional attachment to him, clingy. Even if I didn’t want to talk to him anymore, made up my mind that I was done,

“Girl I’m done with him foreal this time we are through,”

I felt like I just could not let him go. WHY? Because when we had sex he dropped some of his soul in mine and I dropped some of my soul in his. This is called a soul tie. Soul ties are when two souls come together in the spiritual realm. This is what draws two married people together, but if formed out of marriage, fornication, it is destructive to your body, soul and spirit. All it takes is one time 🙁

Have you ever wondered why a woman who gets beat by her man always runs back to him? Well this is why. Do you really think she enjoys getting sucker punched?? No, she is dealing with something much deeper then this physical world, soul ties, and that’s what we struggle with when we have sex out of marriage.

Every time we lay to have sex with someone, we connect with them, not just physically but spiritually, and with our souls. Our souls consist of our minds/thoughts, our desires and our emotions. A negative soul tie is nothing but a bridge for demons to pass between the two involved, this is the spiritual aspect.  Throughout life we all have unknowingly accumulated evil spirits by allowing them in through an “open door”  like sin, weak moments/ circumstances in life and just plain ignorance. Once they come in they wreck our souls (mind, desires, and emotions) and it reflects in our actions.  Think of the soul as the steering wheel, it makes the car go where you want it and that’s what they attach to, to get you to go where they want you to go……destruction!

This is why Jesus comes to save SOULS! He wants to take over and lead you to everlasting life. So when we have sex with some one, the demons they have become ours and vice versa, WOW! Our minds and thoughts become clouded and distorted, unable to make clear and sound decisions and our emotions go crae crae! This is what we mostly feel as women, while men may express it through distorted desires but both sexes go through it all whether we see it or not.

Think about it, before the sex your emotions were cool, but afterwards if he did something to you it felt ten times worse. The hurt is deeper and the anger is more intense etc. Oh, and don’t let him start talking to another girl, now you are ready to shoot! Don’t forget the girls he had before you. Not only are you wrestling with his soul/demons but their soul/demons too. Wow again!

This also creates a thing called “False Love” because now our soul (emotions) is connected to the guy and we feel like we cant live without him, becoming stuck in relationships that we would otherwise not be in if we were in our right mind!!

What this soul tie means is when you have sex with someone you MARRY THEM!! That’s how God designed it.

Mark 10:7-8 “For this reason a man shall leave[behind] his father and his mother and be joined to his wife and cleave closely to her permanently,  and the two shall become one flesh, so that they are no longer two, but one flesh.” AMP

1 Cor 6:16″ Do you not know that he who unites himself with (has sex with) a prostitute ( a person period) is one with her in body? For it is said, “The two will become one flesh.”

How many of you, like me, have been married a couple times but never walked down anyone’s aisle, said I do, and tossed no flowers, not even a petal?  Never would you have thought you would have to get divorced before you really got married huh? And by the way, the only one who can help you recover from those negative soul ties is Christ. And be very aware that Christ forgives but scars and the consequences we suffer through afterwards may stay forever. We reap what we sow. This is a spiritual law.

See, this kind of marriage is what I call an ILLEGAL marriage, not ordained by God. He does not cover, honor, nor bless it and instead of it being a wife, husband and God its an illegitimate wife, husband and an open door to demonic forces. It brings disaster and does not end happily ever after, and I can tell you that’s true for sure!

Girl, It Aint Worth It!

When I say that having sex before marriage was the worst decision, that’s exactly what I mean!! I spent so many nights crying over a boy, an emotional hell, wondering about him. And when we were done talking I felt stupid & ashamed,

“I let you touch me and we’re just going to stop talking, just like that??”

I felt as if he took a part of me with him, which he did. Now I’m left with a scattered soul, emotional scars & memories I wish I never had.

Waiting for marriage you will be physically, emotionally, mentally, and spiritually healthier. You won’t have to worry about STD’s, being a baby momma with a deadbeat dad (and for the record these boys run away because sex is natural, being a father and/or husband is not, they have to be taught) and you won’t have any emotional baggage to carry around.

And let’s be honest, always worrying if you are pregnant is not the way to live. It doesn’t matter what you use, if you’re having sex and if God allows it, there is always a possibility of pregnancy. I don’t know about you but I rather have peace of mind than a night in sin that probably will last only 5 minutes anyway!

I’ve had those days of worrying if I was pregnant, what I’m going do, I’m too young, I’m not married, I have no money, what kind of weapon will my momma use to kill me lol what will people think etc. At the tender age of 15 I thought I was pregnant and I even contemplated abortion , which is not Gods will and we will get on that subject later.

All this stuff passes through your mind and it’s not the peace, joy, security, love, and abundant life God promises to his beautiful daughters.

After I got saved at age of 16, I received His holy spirit and He began to convict me an show me that what I was doing was wrong. I knew it was wrong, I wasn’t indulging in it like I use to but I would still fall every now and then, still feeling as if I didn’t give it up he wouldn’t talk to me anymore (ladies you’re not alone if you ever felt that way). So I began to go to church faithfully and read what His word says:

1 Corinthians 6:15-20 “ Do you not know that your bodies are members of Christ himself? Shall I then take the members of Christ and unite them with a prostitute? Never!  Do you not know that he who unites himself with a prostitute is one with her in body? For it is said, “The two will become one flesh.”But whoever is united with the Lord is one with him in spirit.

Flee from sexual immorality. All other sins a person commits are outside the body, but whoever sins sexually, sins against their own body.  Do you not know that your bodies are temples of the Holy Spirit, who is in you, whom you have received from God? You are not your own; you were bought at a price. Therefore honor God with your bodies. “  NIV

One of the biggest parts that stood out to me was the word “flee”. I would fall a lot because I was ignoring my triggers,anything that causes one to fall into sex. When God says flee, He means flee and not sit there and try to resist, something I did all to often and didn’t even realize it.

Ladies, our bodies are not ours they are Christ. How can we give something away that was never ours to give? That is deep to me 🙂 I just want to encourage you ladies and give you the truth because without knowledge we perish.

Condoms, birth control, abortion & plan B, might be able to save us from STDs and pregnancy but it can not save our souls, which is the most important and all we will have left on that faithful judgement day 🙂

Ponder on this so far and we will continue this discussion in Pt. 2 Click here –>   Girls, Lets Talk about Sex Pt. 2

Romans 10:9  “If you acknowledge and confess with your lips that Jesus is Lord and in your heart believe (adhere to, trust in, and rely on the truth) that God raised Him from the dead, you will be saved.“ 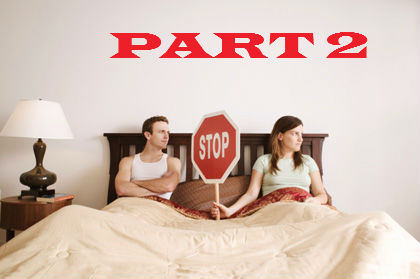 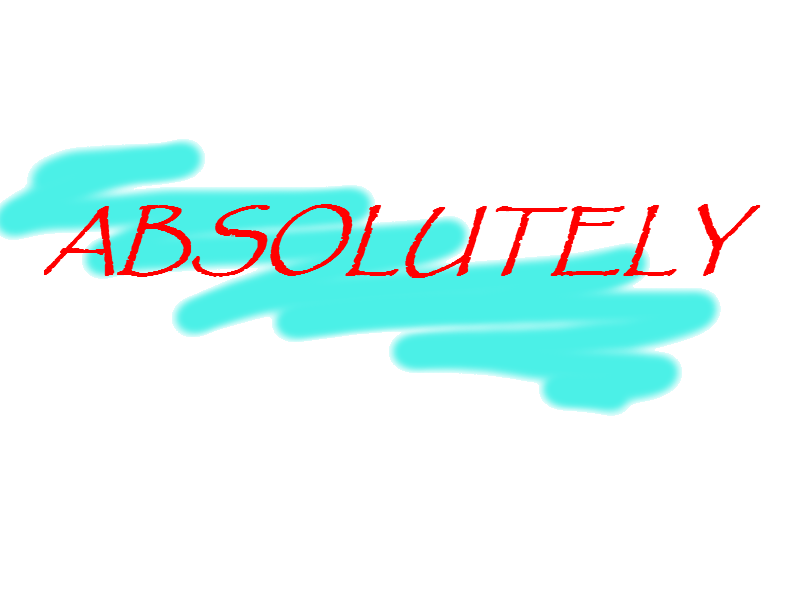 Single, Saved & NOT Having Sex! Is it possible?? VLOG 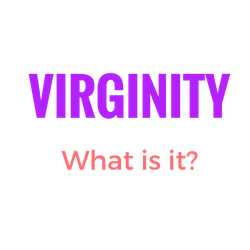 So You Think You’re a Virgin? Girls, Lets Talk About Sex! Topic #1