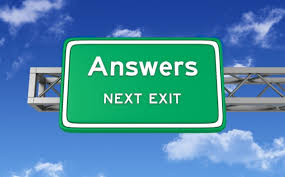 How to seek your purpose Pt. 2

How to seek your purpose Pt. 2 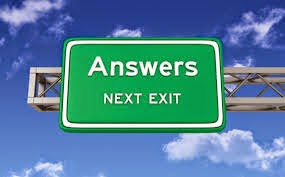 If you have not read Part 1 , get caught up before continuing ( very important)

Loneliness is Not the Absence of People but… Pt. 1.
We often hear on what to do and what not to do, but in this beautiful thing called life, I am always  thirsting for someone to show me how to do it.
Because of that, I am a student at heart and I can’t help but fill in the gap that I have suffered from and teach what I have learned. I like to actually spell out to others how to do things. So enjoy these 3 practical steps that I  took / am taking on seeking out my God given purpose. Lets dive in!

1. Detour ahead! Take the first Exit you See.

If we want to start living out the original intent for our lives and no longer pervert our lives, we have to exit anything that was designed to steal our purpose. This could be a variety of things:

The biggest purpose stealer in my life was boys/ relationships, 10 years worth ! I know for a fact that this has been the most common, if not the #1 purpose stealer for us young women. I was in a relationship for all the wrong reasons. I wasn’t seeking God as much as I was suppose to because that relationship became my god in a sense and it hindered my communication with God.

Of course society teaches us to find a man before anything else and that life doesn’t  begin until we get booed up. But that pathway has proven to be  a trap, falling into sex and sin and itself becoming an idol in our lives to worship instead of God. It really doesn’t make much sense to try to link up with another human being first, trying to figure out who they are when we don’t even know who we are or why we are created in the first place. So when we are out of order like that, we begin to fill those voids with that man when it was God who was suppose to fill it. It causes us to get hooked on the idea and feeling of  relationships like a dope fiend, making it that much harder to walk away. There has to come a time in our lives when we say to the enemy, ” enough is enough”! Yes, you better believe he is strategic at putting roadblocks in our pathway to try to delay our purpose from manifesting.

I will put this out there; we cant hide behind the,” I’m saved, we’re  going to get married”,  line to make it seem like its all good and its ok to be with this person before we are suppose to be with anyone.

Reality is, God knows the true condition of the heart. He knows how insecure we really are and how we really don’t know Him like we say we do, but because it sounds good or its lining up with the word ( so we think) we use the ” saved ” card as a cover up. We are covering up the fact that we are still putting relationships / men before God and, yet again, making it an idol that we worship. I know this because I did this for 4 years.

Before you think, ” what is this chick talking about”, let me explain. I’m not talking about a waiter busing tables, but the concept!! What does a waiter do? They serve… right?

When you hear a scripture saying “wait on God”, it doesn’t just mean wait patiently on what He is about to do, but also serve Him, like a waiter waiting on a table. Its time to get in order!

In order for God to reveal your purpose to you, you must get closer to him! God is a God of order. He created rankings and coverings for a reason.

God appointed people of leadership for a reason.

Ephesian 4:11-13 ” So Christ himself gave the apostles, the prophets, the evangelists, the pastors and teachers, to equip his people for works of service, so that the body of Christ may be built up until we all reach unity in the faith and in the knowledge of the Son of God and become mature, attaining to the whole measure of the fullness of Christ.”

He did this to create order, and not chaos. In this life we are 2 things: either we are a student or a teacher and they never stop alternating. If we don’t have mentor-ship, someone covering us and teaching us, then we are out of order. We must be helped and trained to walk into our purpose and this is why God set these positions in place.

Have you ever heard the story of Samuel?

1 Samuel 3:1 -10 “The boy Samuel ministered before the Lord under Eli. In those days the word of the Lord was rare; there were not many visions.

Samuel was lying down in the house of the Lord, where the ark of God was. Then the Lord called Samuel.

Again the Lord called, “Samuel!” And Samuel got up and went to Eli and said, “Here I am; you called me.”

Now Samuel did not yet know the Lord: The word of the Lord had not yet been revealed to him. A third time the Lord called, “Samuel!” And Samuel got up and went to Eli and said, “Here I am; you called me.”

Then Eli realized that the Lord was calling the boy. So Eli told Samuel, “Go and lie down, and if he calls you, say, ‘Speak, Lord, for your servant is listening.’” So Samuel went and lay down in his place.The Lord came and stood there, calling as at the other times, “Samuel! Samuel!”

Then Samuel said, “Speak, for your servant is listening.”

This is a great example of being prepared for purpose. Samuel was given over to the Lord as a young toddler. He was put under the mentor-ship of Eli the high priest, serving in the Temple of God. and AFTER Samuel served God and ministered before God and to God, God called His name! See, before Samuel was able to be called into His true purpose ( Leading Gods people as a judge, a prophet, anointing future kings) he had to get to a place of training and a place where he could hear Gods voice! This is very crucial. This place is not so much a physical place but a position, a position in thinking and in the heart. Where are you? Are you in a position to hear God? I can tell you right now that if you are in a position where it is hindering your purpose, I  know your ears are hindered from hearing God as well.

It wasn’t until I got serious with God in my heart, that my purpose begin to manifest. I got tired of the late night clubbing and early morning service, being two faced to God and so luke warm. I did not want to be rejected by God because of that so I began to walk closer to God and the closer I got the more sin fell off me. The more serious I got in my walk with Him the more my heart became available to be used. I would say the year of 2012 is when things really begin to show its self and I knew there was a greater purpose for me. I became the leader in a dance ministry and I started this blog you are reading right now. A few years later, I started a singles ministry and its been going ever since. This is just the beginning. ( moment of encouragement, I still  had much to learn and still sin to be set free from during these years but what I learned was Gods purpose will always prevail, Prov 19:21 . Our shortcomings don’t change Gods plans for us but we have to be willing to change, repent and not makes excuses for our sins and hard heart but desire to lee them. God has you through it all just don’t stop seeking Him…Foreal!! Ok back to the message.)

His purpose began to manifest in my life before I even realized what was happening. Getting in position to serve also puts us in the right place to experience His gifts. God speaks to me very plainly and one of those ways is through prophecy! I have learned so much from God and about my purpose through the gift of prophecy. Had I not been in position (serving), I would surely have missed out on the crucial info God was wanting to share with me.

Naw, i’m  not talking about the dance floor, but the threshing floor!
This is where intimate alone time with God becomes key. Back in the good ole days, the people would makes areas of flat, stone ground and they would throw their wheat on the ground and have their animals stomp all over it or they would use heavy objects to smash it. Why? Well, when wheat or other plants of grain grows, it grows inside of a rough outer casing called chaff. Chaff is not for eating but to be thrown away and the wheat kept to be eaten later. God uses this same process with us! The threshing floor represents  a place where God separates the wheat from the chaff in our hearts, and that comes through intimate prayer with him; I mean laying on the floor with no distractions, no phone, no tv, no one talking etc. If we want to get closer to God and truly learn the purpose of our lives, we have to learn how to hear Gods voice. And how else would we do that except through deep intimate communication with him, uninterrupted.
Since I have taken these steps ( in no particular order) my life has done a whole 180 and I honestly feel that life with God has truly begun for me. I am no longer distracted and I have a deeper desire for the spiritual me, the real me, my purpose. So what has God revealed to me?
So young woman I charge you to get into position and begin to seek out the true purpose of your life and when God begins to reveal it to you, thank Him with your willing heart to obey. I speak a sense of urgency into your spirit. You will no longer be distracted and derailed off course. You will be everything God has destined you to be. I declare that relationships will no longer be your downfall and if you are in one right now that your are not suppose to be in, it is ENDING right now and purpose is beginning to blossom. In Jesus name..Amen
Stay Encouraged…Brittany Jones

Single and feel like you are missing out? Continue to Pt. 3 and watch Tony Evans explains how to maximize your single hood! I’m Single and I’m Missing Out!!! Purpose Pt.3 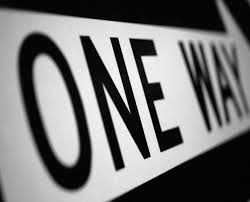 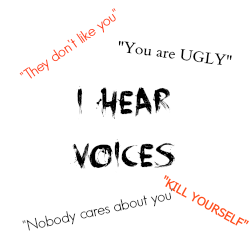 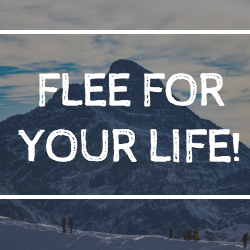 Flee For Your Life!