It’s not Good for Man to be Alone, Except this Man!

WARNING: This info is going to bless you and change your thinking 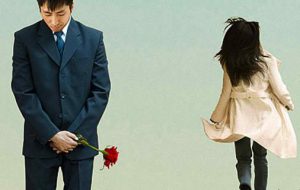 Genesis 2:18 says ” The Lord God said, “It is not good for the man to be alone. I will make a helper suitable for him”.

I’m sure you’ve heard this scripture being quoted before, maybe even from a dude that was trying to holla at you. But lets not be so quick to jump, thinking that we need to be his  “suitable helper”  just yet. God says its not good for man to be alone, but He was not just talking about any man, no, He was talking about a certain kind of man.

(This message is from the teaching of Dr. Miles Monroe. I really do it no justice so please watch the short clip of him sharing it below…MUST WATCH)

We as women are naturally created to nurture and love. We tend to feel obligated to help or fix guys that we desire to be in relationship with but there is a serious danger ahead of us when we jump to quick or try to help a guy prematurely. If  you read around that scripture, God set some things in place before he told the man (Adam) that it was not good for him to be alone. You see the word of God is so much more than just words on paper. It is our blueprint, model, our “How to” guide to the life we are currently living. When God wrote His word through His people, He set a standard of how He wanted things to be done. In the legal world they call this Precedent.

Precedent = an earlier event or action that is regarded as an example or guide to be considered in subsequent similar circumstances.Or an example to follow.

For example, this is how we know that God desires man and woman to be in marriage and not man with man or woman with woman because when He created Adam (man), he also created the only suitable helper for him which was Eve (woman), and there are many other scrips that support this.

So before He gave Adam a woman. He FIRST had to prepare him to even  be with a woman.

1. God put Adam in the presence of God.

“Now the Lord God had planted a garden in the east, in Eden; and there he put the man he had formed.” Gen 2:8

3. God told Adam to cultivate the Garden of Eden or have the ability to take care of it, bring the best out of it.

” And the Lord God commanded the man, ‘You are free to eat from any tree in the garden; but you must not eat from the tree of the knowledge of good and evil, for when you eat from it you will certainly die.’ ” Gen 2:16-17

So when God said its not good for man to be alone, He was talking about a man that’s in Gods pre