Married or Wanting to Get Married? Go to Counseling 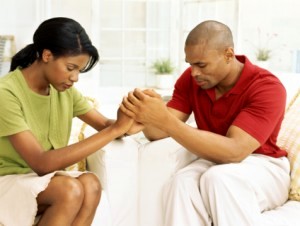 ” Surely you need guidance to wage war, and victory is won through many advisers “ Proverbs 24:6

This scripture is packed with so much power. We need guidance in life and victory is won through much counsel & advice.

Life will be much easier if we take heed or pay attention to instructions from the wise. God gives us much wisdom in his word and through people He called to our lives.

I see a lot of us get into relationships and rush into things. We do what we want, when we want and not really allowing God to counsel us, not accepting correction and direction. So what’s the end result? We end up in a big ole mess, ignoring His wisdom that literally SAVES US from so much trouble.

If you are wanting to get married, before you say “I Do”, go to counseling. Marriage is not natural, it’s super natural and you are going to need a super God and His counsel to have a successful marriage.

Just imagine two people’s souls coming together to become one,  two different personalities, two people raised differently, with past history, past demons, and past hurt. If you both are not virgins on your wedding night, than you have to get divorces before you even get married. You do know that when you have sex with someone you marry them right? (Mark 10:8, Ge 2:24, 1 Co 6:16) A soul tie is created and that’s why God created sex to be had with only one person, to be tied to one soul. Not only do you both have to sort through your own mess but you both are wrestling with other souls that are connected to yours. That’s a war that needs much counsel to win.

You’re comparing your future husband with someone from your past that was never suppose have you. If you’re living together, you are already out of Gods will. You are waking up everyday as if nothing is wrong, knowing that’s not your husband. That’s a war that needs much counsel to win.

It’s not wise to step into something as serious as marriage and not take proper steps to build the right foundation.

To be honest, if you don’t know Christ, I would not advise you to even get married. How would you know how to treat His sacred covenant, His precious union, if you don’t know Him who created it? What’s going to stop you both from cheating, hitting each other, walking out because problems surface? There is no Holy Spirit to help you, no counselor. The devil doesn’t want you to be happy, to get what God has, so he is coming strong after you both. How are you going to defeat him in this spiritual war with no strategy, no guidance, no weapon?

I say this because I want to have abundance in every area in my life, especially in my relationships, and I desire the same for you. Romantic relationships have a big impact on our lives. It involves our emotions, heart, time and eventually our souls and that’s nothing to play with. You don’t want to get married then later find out all this stuff about him and yourself that could have been worked out before you said “I do”.

Go to counseling. I can not say it enough.

Again I say, go to counseling. I’m not talking about counseling from your momma or sister who are bitter about men, and have had every bad relationship and failed marriage. I’m talking about those of God, who have the Holy Spirit and operates according to God’s word and who is going to help you and give instruction on how to stay married. No pastor should marry you if you have not had counseling (my opinion). This is a life long commitment where divorce is not an option except for