The # 1 Hater…EXPOSED! How to Defeat the Enemy Pt.1

The # 1 Hater…EXPOSED! How to Defeat the Enemy Pt.1 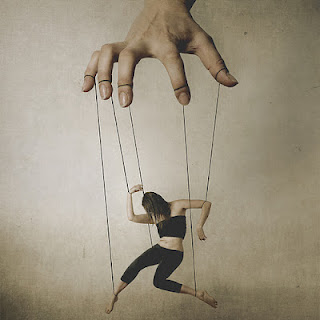 Have you ever been having a good day then all of a sudden it starts to spiral down? Your momma calls you yelling, your boss gets an attitude with you, he say she say mess etc.

And how do we respond? We catch a major attitude, respond in anger, become hurt or sad and afterwards say, “they made me do it”, or “they ruined my day”!

Ephesians 6 :12, 16  “For our struggle is not against flesh and blood,but against the rulers, against the authorities, against the powers of this dark world and against the spiritual forces of evil in the heavenly realms…In addition to all this, take up the shield of faith, with which you can extinguish all the flaming arrows of the evil one”

I was watching Minister Perry Stone on the TBN channel one day and he broke it down perfectly. Back when they fought wars with bow and arrows, some arrows were lit with fire and when a person’s shield got hit, they would get distracted and focus on putting the flames out instead of the enemy who throw the arrow. They would step from behind their shields because of the fire, leaving themselves open for the enemy to finish them off.

In old TV shows when the Indians fought wars, they would always aim at their opponent’s wagon with their food and family in it. Why is that? When the person saw that what they love so much was on fire, they would rush to their aid, giving the Indians a chance to attack them while they were distracted.

That’s exactly what the enemy does. He uses people to get to us. Instead of standing behind our shield of faith, we get distracted with that person, exposing ourselves, thinking it’s them but it’s really the devil.  It has happened so many times. Someone may say something to you to really hurt you, gossip about you, lie on you or do something that may cause great grief in your heart. When stuff like this happens, how do we respond? We are ready to fight or go smooth off on them.

As hard as it is to believe, people are not the enemy, the devil is. If he can’t get to us directly then he will use those close to us.

“A puppeteer is a person who manipulates an inanimate object, such as a puppet, in real time to create the illusion of life. The puppeteer may be visible to or hidden from the audience. Some puppet styles require puppeteers to work together as a team to create a single puppet character. The puppeteer’s role is to manipulate the physical object in such a manner that the audience believes the object is imbued with life. In some instances the persona of the puppeteer is also an important feature”. Wikipedia

Ding Ding Ding !! Does that sound familiar? Is this not how the enemy works?? Check out the bold words. The enemy uses many spirits to control a person, spirit of rage, lust, jealousy etc. That’s why God’s word says we fight “against the authorities, against the powers of this dark world and against the spiritual forces of evil in the heavenly realms“. They all work together for one purpose; to knock a believer down!

The devil definitely knows God’s word and how God commands us to love each other. He causes strife among us and sits back and laughs while we are fighting each other and not him, the real culprit. We must stop feeding into his schemes and tricks. We are in a spiritual war daily and if we continue to fight against flesh and blood and not the evil spirits, we are losing this war.

“Be alert and of sober mind. Your enemy the devil prowls around like a roaring lion looking for someone to devour. Resist him, standing firm in the faith, because you know that the family of believers throughout the world is undergoing the same kind of sufferings.”

We must always be on guard against him. He literally comes to steal, kill, and destroy and we underestimate how evil he is and are passive towards him. If there was a lion wanting to devour you in your room, right now, what would you do?? Would you just shoo it off like a little cat? HECKS NO!!  You’re going to run for your life! In no way am I saying we should fear the devil, he is already defeated, but we should always be on guard and resist him and his ways.